My latest creation has been an exercise in Reclaimed Materials!

Building an earthen greenhouse combined with local salvage, for my dear friends, Ethan and Lawrence Rainwater in Eugene, Oregon. They have been transforming their 70's suburban lot into a garden paradise. At first the backyard had four large sheds and over 50% imprevious hardscape. They have salvaged the material from these sheds and paving, and Ethan hired me to build them into a greenhouse at the north edge of his yard with plans to extend his growing season. The structure will also house a young fig tree this winter and provide a winter coop for his chickens in the future. The structure I designed has only required one piece of new lumber and has absorbed over 3 tons of born again concrete! 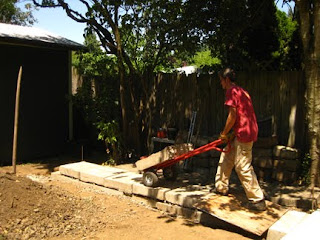 Laying the 2'x2' concrete blocks. Each was well over 100 lbs. This half wall along the back of the structure will provide a lot of thermal mass for the room and help moderate the temperature swings in colder parts of the year. 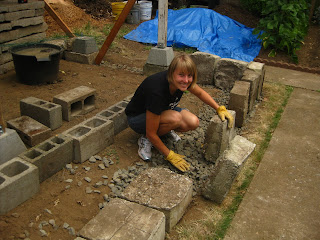 Hannah helps build the front wall, which will support the glass. 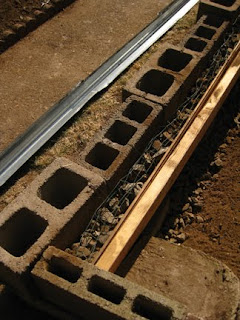 The urbanite stemwall on the solar side of the building is tied together with a ferrocement bond beam. This image shows the formwork and reinforcement before the pour. 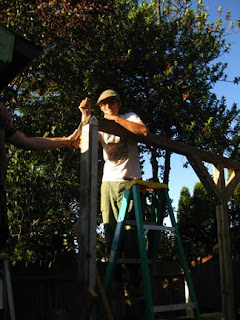 The 4x4 frame is bolted together. 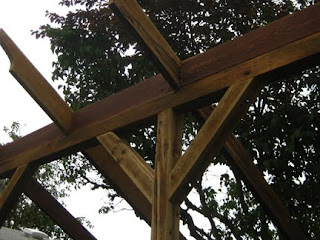 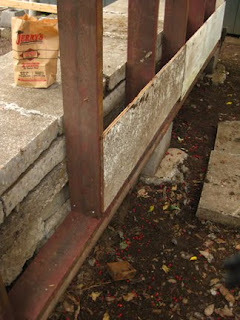 Light stud framing and formwork for a Light Clay-Straw infill wall which will insulate the mass feature from the north. 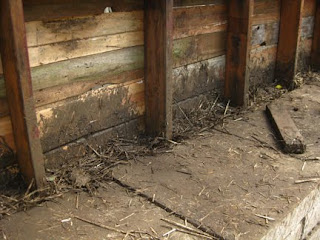 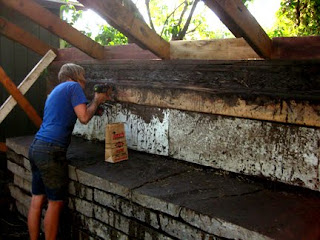 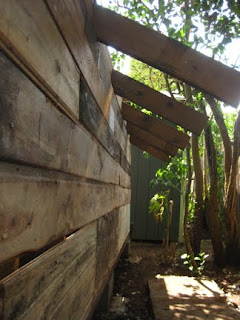 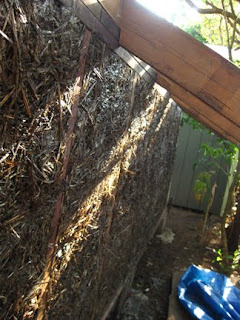 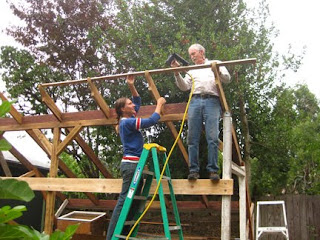 Additional roof framing to support a steel roof, the first real expense in the project. We found a deal for around 50 cents per square foot. 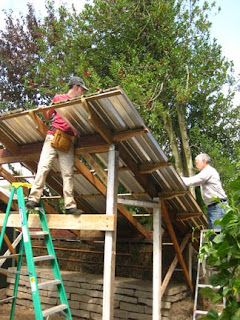 Father and son do the installation. 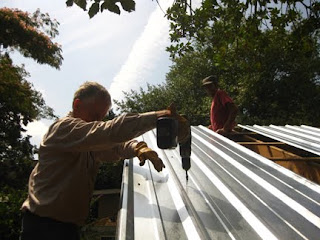 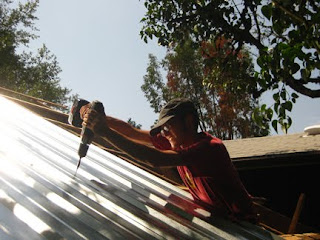 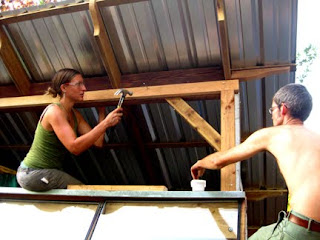 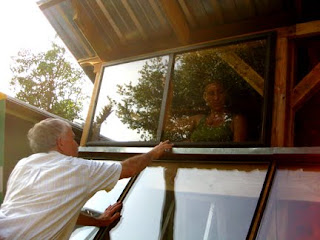 This part took a bit of figuring so that we could maintain operability. 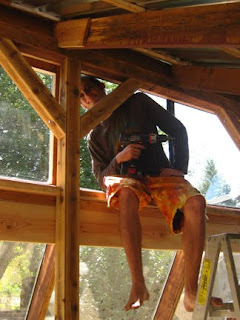 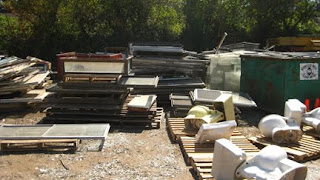 We salvaged most of the glass from Eugene's very own BRING Recycled Building Material Supply Center. Learned a few lessons about reclaiming glass. Even as a very experienced glass cutter, tempered glass and safety glass aren't going to behave. The former I couldn't break no matter what I tried and the latter shattered into thousands of pieces at the slightest score. Tip on choosing glass you plan to cut into pieces, avoid doors which usually have treated glass, stick with old-fashioned windows and plate glass which can be cut with a few simple tools. 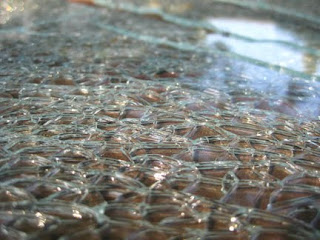 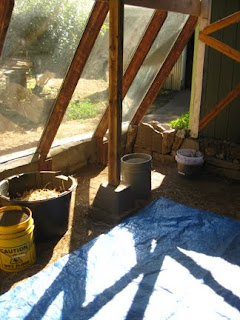 Now, on to some cob! 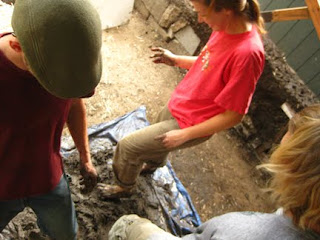 The east and west walls have a bunch of stud framing and shear bracing in them, but we wanted also as many windows as possible. Cob is the perfect medium for bring all those things together! Since the cob is not load-bearing we can also go much thinner than traditionally with the entire wall system! I like to add metal fencing material stapled to the framing to the center of the wall. 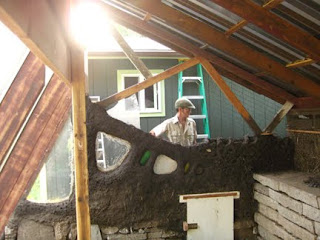 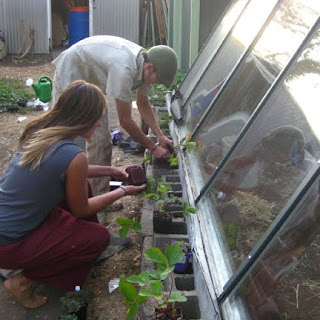 Planting the cinder blocks in the front urbanite stemwall. 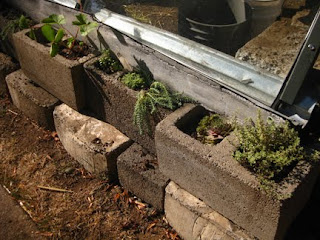 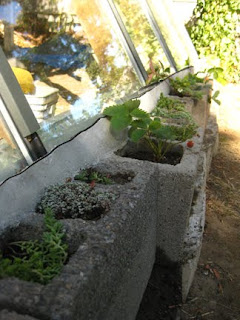 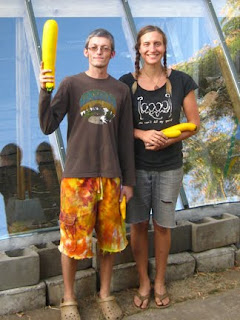 Harvest yet to come!