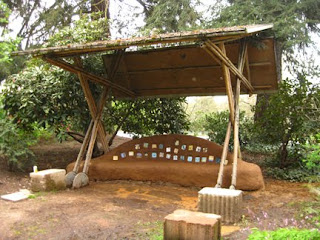 Every year, the architecture students at the University of Oregon put on a wonderful Green Building Conference called HOPES (Holistic Options for Planet Earth Sustainability). It's one of the largest and most well attended student-led conferences in the country.

This year, I was invited to speak on a Panel called "Designing Systems for Life" in which I gave the piece on 'shelter'. It was great to see the attentiveness and excitement of young minds with the introduction to natural construction. About 80 people attended, and they asked really great questions and were fully engaged.

I also led an earthen plaster workshop at the Conference and taught a dozen students while re-plastering a damaged ten-year old cob bench. All of the students were new to natural building and we only had three hours to do the whole job, but it turned out just great! Enjoy the photos 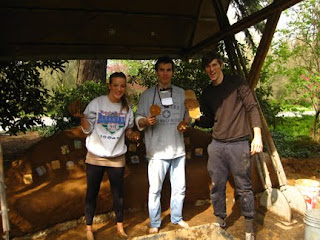 some of the workshop students 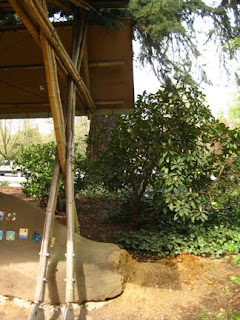 the damaged end of the bench - directly aligned with the roof edge. A great clear example of what happens to cob uncovered after ten years of Eugene rain. 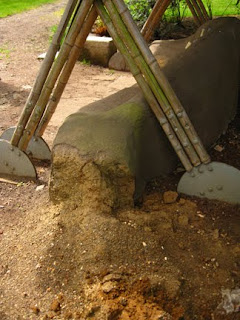 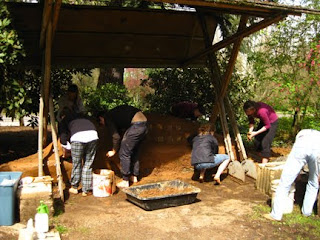 We fix the cob on the end and start the next plaster layer. 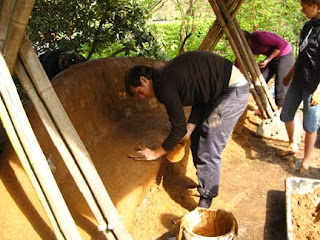 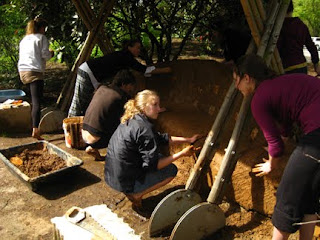 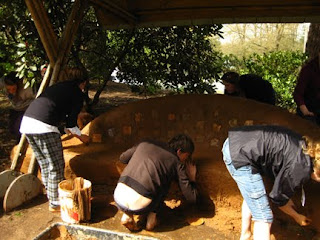 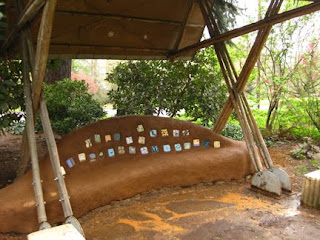