Pouring your own foundation isn't as hard as it might seem. Here we created our foundation in less than a week. First we cleared the site and leveled the footprint area. Then we tamped the earth solid using garden hoes and a big log with handles attached to it. 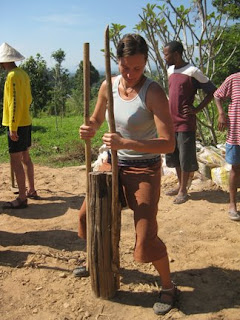 Then we marked out the wall's locations using a peg with a rope attached for the circular portion of the house and the pythagorean theorem (a^2 + b^2 = c^2) for the extensions. We set up battens with string to mark the edges of the walls and then excavated a trench 15cm deep for the footings. (No need to worry about frost-heave here!) 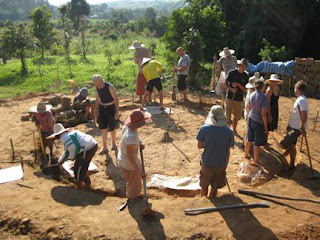 In Thailand, plywood is a precious commodity, so we built our forms for the foundation stemwall using old adobe bricks lined with feedbags. What's great is that they support themselves so no hardware is required and they can be reused for building with later. 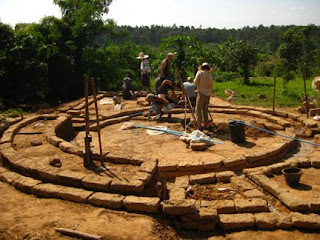 Then came the not-so-fun part, mixing concrete, but it can be fun if you have a lot of people and don't have too much to do of it. We set up a bucket brigade to supply the right ratio of sand and gravel that we would add to the cement. Onward! 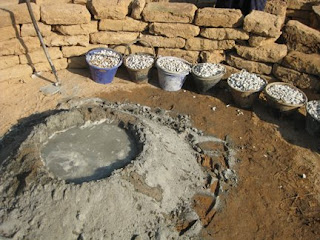 Once the concrete was thoroughly mixed, we poured it into the forms. The next day, we removed the bricks and two days later we'd be building walls. 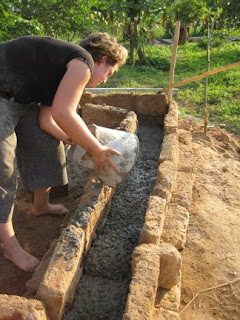